We did very well in the Jessica Cup thanks to the hard work of my excellent crew. There were several things that showed up as problems that I have tried to address since the race. Below are the results.

Many thanks to John and Carol of Ole and Don Teakell of Quantum Sails for advice on the winch and cleat. Thanks to Chariman Bob for his ongoing advice. Thanks to Google for helping me find parts for the Barient winches and the antenna. The pie plates were my idea (Amazon.com). Thanks to Allen Podell for helping me install the topping lift. As always, thanks to the other owners in the fleet for serving as an inspiration to me to make me know it is worth it to put all this work into keeping Papoose going. This web site is my way of contributing to the fleet in a small way. I hope everyone enjoys it. The winch handle was constantly not where you could get at it easily so: 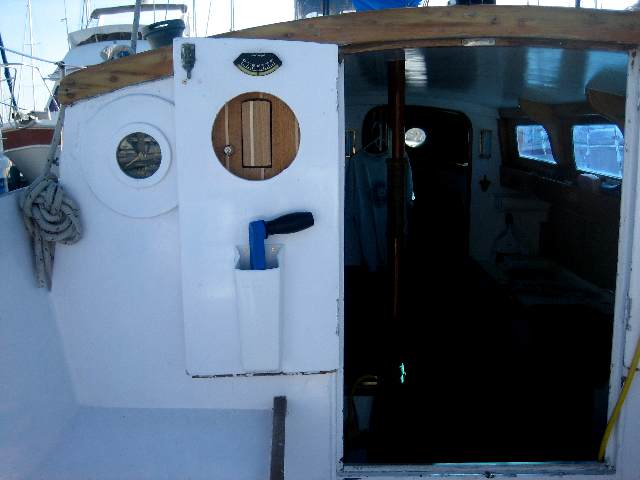 And it took a lot of force to bring in the sail so: 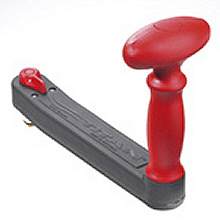 A nice handle that you can put both hands on yet isn't that tall is nice but the real problem was that both winches had a power ratio of 35. The power of a winch is the handle length divided by the winch drum radius times the gear ratio. The other problem with the winch was that it was difficult to cleat the line. Several times the line slipped as we were attempting to get it around the cleat. So, here is a winch with a power of 46 and a new cleat: 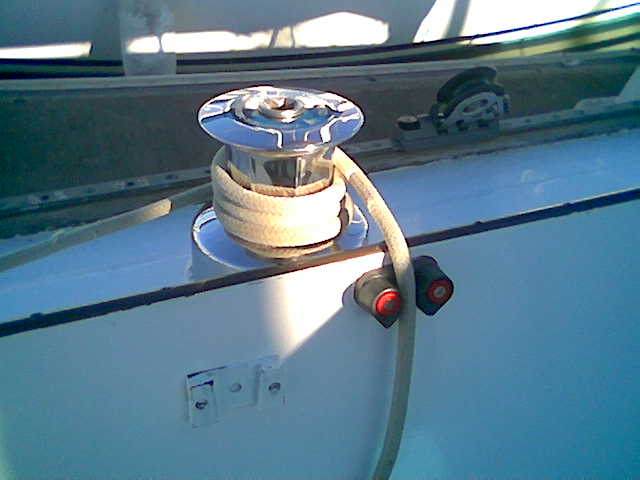 The large winches that we used in the Jessica Cup were also power ratios of 35, same as the small ones. We used these because I didn't have a way to lead the lines to the forward winches. I don't have a picture, but moving the car aft of the forward winch and using it as a turning block leads the line nicely to the new Andersen forward winches. The aft winches also slipped. They had some serious problems and took many hours to rebuild. Here are some of the parts that I replaced from Australia: 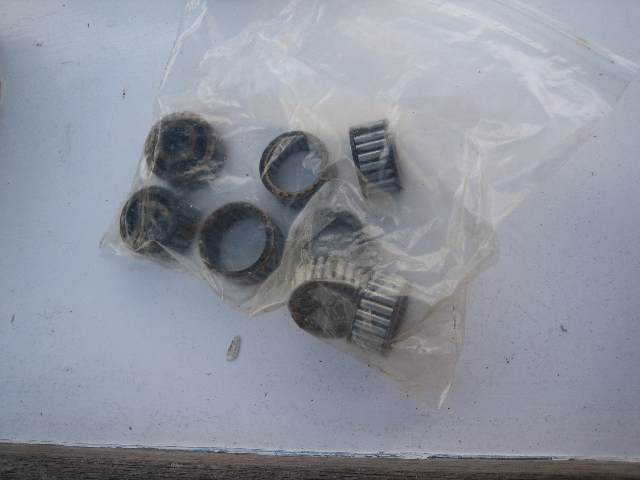 Here is the rebuilt winch (looks the same from the outside): 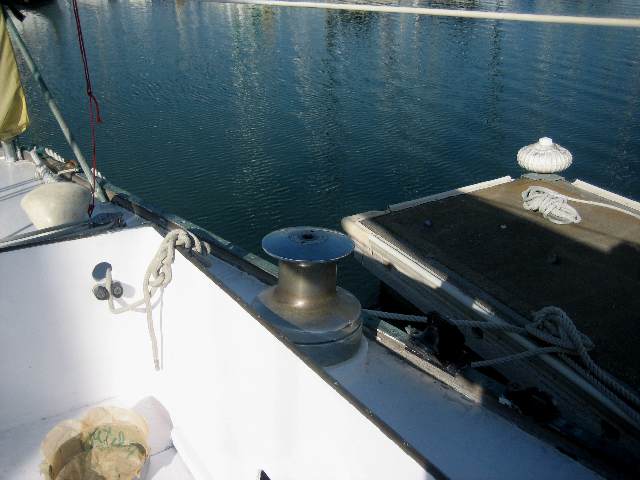 We also had the problem that the fan vents forward and aft were fragile and when the crew hit them with their feet, which all crew do, they bent or broke. I got some thick stainless steel pie plates and made some new covers. I tried to buy new stainless vents but they were flimsy and they didn't fit. 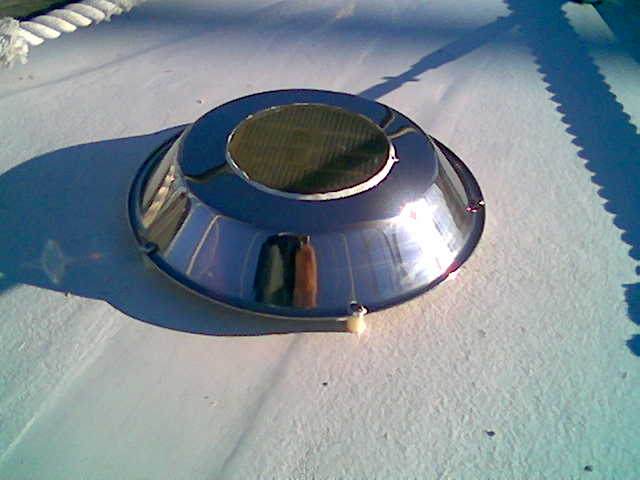 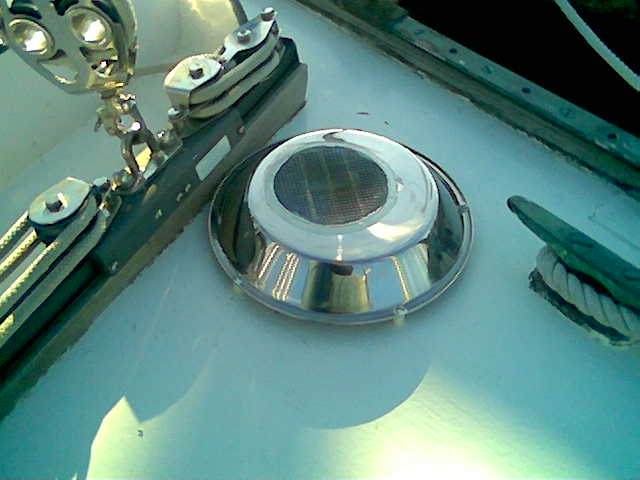 The GPS took forever to acquire as the signal was weak. Wouldn't a nice powered antenna be nice? It works wonderfully getting the signal through this Plexiglass window: 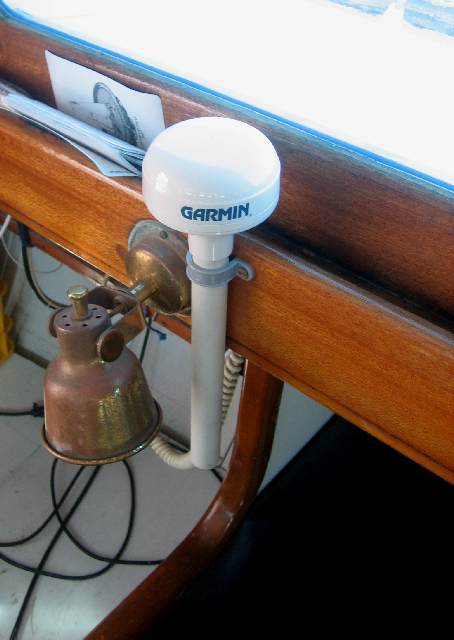 The last thing we did was it to install the high tech topping lift that can blow out of the way of the new main so it won't get in the way when the sail tacks. We tried it in light winds and it didn't blow out of the way but it was great because it just sat there against the sail and didn't hang up or bash it the way the wire toping lift did. The other Allen held the safety line as I hauled myself up with the top climber. I don't know what I did but I could hardly walk down stairs for 3 days I was so sore. Strange as I work out every day. Different mussels I guess.
Please read website Cookie, Privacy, and Disclamers by clicking HERE.